Edgar Allan Poe's life begins and ends in obscurity, and includes several years about which little is known. For this his secretiveness and mendacity are some what responsible. He is authority for the statements that he was born in 1811 and in 1813. The date accepted as true, January 19,1809, is that which he wrote in the matriculation book of the University of Virginia. When Poe died at the age of forty, famous in three nations, his closest literary associates thought that his birthplace was Baltimore. It was in fact Boston, the " Frogpondium" which he satirized in undutiful despite. 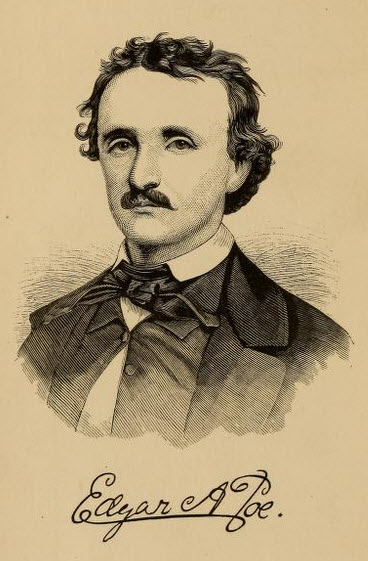 The Poe family may be traced back to one of Cromwell's Irish officers through John Poe, who came from the north of Ireland to Pennsylvania in 1745. Who ever will may discern the Celtic strain in Poe, and by it account for his melancholy, his sentimentalism, and the magic of his poetry. Perhaps his want of humour may be ascribed to his English mother. Conjectures as to Poe's inherited characteristics are safest when they deal only with his immediate ancestry, his stage-struck father and his pretty mother, actress, dancer, and singer.

Poe's father was David, son of David Poe, of Baltimore. The first David was assistant quartermaster-general during the Revolution. He was patriotic and valorous. To his country in the throes of rebellion he gave money, and after the successful issue of the Revolution he was not reimbursed. In our second war he fought in the ranks at the age of seventy-two. A dozen years later Lafayette . kissed the grave of David Poe, and said, "Ici repose un cceur noble." Warrior David was not the man to forgive his son for quitting the sober profession of law and pulling on the poor actor's undarned buskin and sock. Until genius chose to shine in a poor relation, the other Poes were not friendly to the family of David, the actor, though some of them lent Edgar money and the General took care of Edgar's brother, William. Player father and poet son were social outcasts and ne'er-do-wells.

David was a poor performer, unthrifty and addicted to drink. He rendered no service to art except to beget an artist, and he disappears early from the records. The distinguished son says that his mother and father died within the same few weeks.

The mother was Elizabeth Arnold, widow of an actor named Hopkins. As if foreseeing that she would be of interest to biographers, she failed to carry out the elopement they afterward planned for her, and instead married David Poe in regular manner. They lived three years in Boston, and played in the principal American cities. She is well spoken of in the newspapers of the time as entertaining actress and good woman. But the theatre in America was not a prosperous institution, and the family knew poverty and misery. 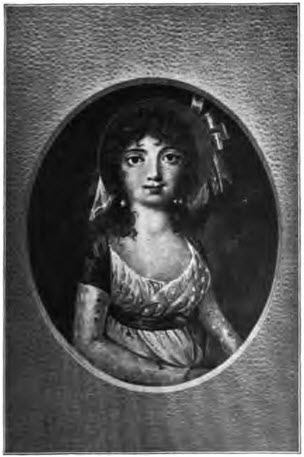 Elizabeth and David Poe had three children. The first, William Henry Leonard, who died in early manhood, was reputed clever and adventuresome. The third, Rosalie, outlived her illustrious brother, but seems not to have been strong of mind or body. Elizabeth Arnold Poe died in Richmond on December 8,1811. On the following Christmas night the Richmond Theatre was burned, and many were lost, including the Governor of Virginia. The Memo rial Church in Richmond marks the place of real and mimic tragedy. Those who died in the fire lie buried in the portico. In the rush of charity succeeding the disaster prompt refuge was offered to the actress's children. William was taken by his father's friends or kinsmen in Baltimore; a Richmond lady, Mrs. McKenzie, mothered Rosalie; and Edgar became socially, though never formally, the adopted son of Mr. and Mrs. John Allan.

John Allan was a Scotsman. The house of Ellis & Allan was building up a tobacco business in Richmond. Stories abound of the rich man's suppers at which young Edgar stood on the table and amused the company by precocious song and declamation. Some biographers are moved by the picture of the young Poe sent downward on his road to ruin by the indulgent hand of an opulent foster-father. In point of fact, Mr. Allan was not rich. His firm assigned in the year when Edgar was thirteen. At the time that Poe came under Allan's roof, that roof was above the second or third story of his tobacco shop. It was not until later that the death of a relative made the Allans wealthy. Mr. Allan opened his house to Poe probably at the

instance of his young wife, - they were childless after several years of married life,-and he was a sensible, long-suffering guardian to his wayward charge. There is nothing to censure in Allan except his failure to recognize genius before it revealed itself.

In the summer of 1815 he went to Eng land to establish a London branch of his business. His six-year-old proteg6 was sent to the Manor House School in Stoke Newington, a suburb of London. This school is shadowed forth in " William Wilson.' 7 The biographer finds in the relation between the school at Stoke Newington and the early career of William Wilson an instance of Poe's remark able sensational memory. No record, however, that Poe makes of his experiences, either in avowed autobiography or in fiction, can be accepted at face value. It is not the part of the fiction-maker to reveal himself directly in his stories, and Poe was a fictionist, not only in his narratives, but in his letters and other records of his life and character.

The Allans stayed in England five years. That the Virginian merchant was in a measure prosperous is indicated by the recollection many years later of the head of the school, Dr. Bransby, that young Poe had too much pocket money. The Poe records contain a large amount of reminiscence accordant with some be lief or fact about Poe which developed in after years.