In a lecture Poe riddled Griswold's book, and probably expressed his real opinion of the compiler and of most mounters of Pegasus in the American riding school exhibit of amateur poets. The reports of the lecture angered Griswold, but Poe deprecated the severity of the lecture, and was not above borrowing five dollars from the man he offended. When Griswold turned to his next compilation, "The Prose Writers of America," Poe, desirous to appear in that, wrote apologetically to Griswold and made light of having spoken ill of him. To the end he seems to have thought that he was on good terms with Griswold, and so made him his literary executor. 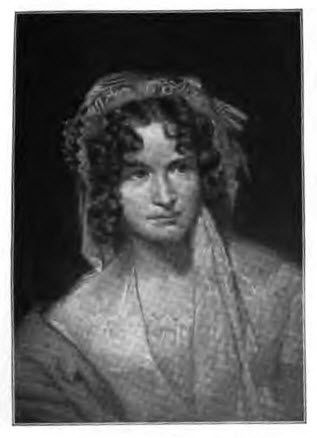 Immediately upon Poe's death Griswold took the course which has given both a black reputation. He printed a powerful article in the New York Tribune, which underrates Poe's work, if it does not overrate his vices. Aside from the suspicious anonymity of the article, it was unfriendly and ill-advised at the moment when Poe had slipped out of a clouded and unhappy life, leaving a multitude of enemies. It would have been better had the key to Poe's posthumous reputation been struck at the beginning in a different manner and by a man of larger understanding. Friends rushed to Poe's defence, not always effectual and too often giving prominence by their denials to inessentials. Griswold did not learn his lesson from the trouble which the Tribune article caused, but prefixed to the third volume of Poe's works the "Memoir," which was afterward suppressed. It is no longer acceptable as a view of Poe. It is unsympathetic. The author is engaged in justifying himself and not in finding out what in Poe's work and life really mattered to make a biography of him worth writing at all. Where a crack shows in Poe's character, Griswold inserts a keen instrument, and drives it in with the weight of damning evidence of which he owned a large collection. His " Me moir " is not the monstrosity of slander which it has been called, and as a collection of testimony has not, as a whole, been invalidated. There was plenty of substantial documentary relic to show to the satisfaction of a person like Griswold that Poe's character was compounded of poor stuff. Griswold wrote to Mrs. Whitman just after the Tribune article : "I was not his [Poe's] friend, nor was he mine. ... I cannot refrain from begging you to be careful what you say or write to Mrs. Clemm, who is not your friend, nor anybody's friend, and who has no element of goodness or kindness in her nature, but whose heart and understanding are full of malice and wickedness. " Mrs. Clemm did not deserve to be thus undermined along with her son-in-law, to whom she was in his life and his death unfailingly loyal.

Griswold did harm because the reaction against him has added confusions.