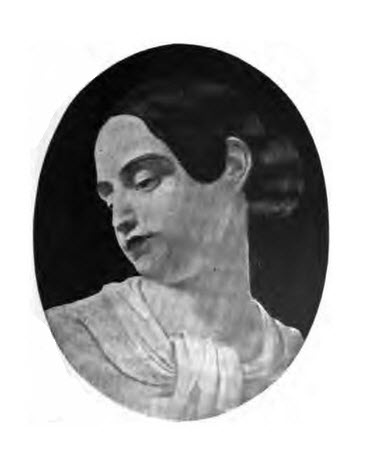 In the summer of 1833 Foe emerge! from obscurity as the winner of a prize of one hundred dollars offered by the Baltimore Saturday Visitor for the best short story. The prize of fifty dollars for the best poem would have beer awarded to Poe's "The Coliseum, 77 had he not won the larger premium. The successful story, "MS. Found in a Bottle, 77 was one of six "Tales of the Folio Club, 77 all submitted by Poe to this contest and marking his entrance upon his professional career. Poe regarded himself as a poet deflected into prose by the necessity of earning a living. He had published three books of verse before he tried the short story. Then he encountered the fact in American publication that the short story pays better than any other form of writing. The short story is the only type of literature to which America has made a considerable contribution of distinguished quality, and this is in some measure due to the peculiar dependence, in our social order, of genius on the wage conditions of daily labor. Poe's ability for criticism was revealed to him unexpectedly by the ringside applause at his slashing strokes with the book reviewer's pen. For ten years, until "The Raven" blazed amid his other reputations, the poet remained in abeyance 5 the short-story writer developed under the necessity of producing salable work; and the man found the immediate gratification of his ambition for power in his increasing authority as critic.

In the fall of 1833 Poe's "Tales of the Folio Club" began to appear in the Baltimore Visitor. The judges in the contest, Kennedy, Latrobe, and Miller, said in a signed note, "We cannot refrain from saying that the author owes it to his reputation ... to publish the en tire volume. These tales are eminently distinguished by a wild, vigorous, and poetical imagination, a rich style, a fertile invention, and varied and curious learning." Poe was now a promising young author. His early stories, including ten more that he added in the next year to the " Tales of the Folio Club," show most of his characteristics of substance and method, clearness, compression, speed, conviction in narrating the extraordinary and the bizarre. They include none of his masterpieces, and were no doubt less skilful in the first versions than in the form which later revision gave to them. Poe reprinted his tales and poems in several magazines, to the meagre profit of his purse and to the great gain of art, for he worked them over with fine care, and at each re printing gave them new excellence. There seems to me nothing unfair in his thrifty reselling of old material. The editors probably knew what they were buying, they seem to have been glad to get it, and they did not pay him enough for his work to have the slightest case against him as a purveyor of magazine material. His business conscience was as fine as that which prevailed in American book and magazine trade, and one rejoices in any device of republication which gave him opportunity to exercise his literary conscience.

It was not, however, Poe's original work which brought him his limited loaf of bread, but his work at the editor's desk, though, to be sure, his editorial efficiency depended on his ability to contribute to any department of a magazine. He was our first great magazinist. He could furnish anything from a catch-subscriber cryptogram challenge to the most startling short story and the most provocative review. His skill in the short literary forms begot his critical beliefs in those forms, and theory and the peculiarities of his own powers as a writer combined to give him faith in the vehicle by which short pieces of literature are most easily presented to the public. He not only recognized the magazine as a convenient instrument of publication, but believed in its function to express an editor's personality and to realize and direct literary taste. All his life he dreamed of a magazine of his own which should be independent, devoted to art, and fabulously profit able. Under his individual touch al most every magazine with which he was connected promptly flourished. If he sometimes betrays his confidence in him self as a universal genius in letters, he is somewhat justified by his really wonderful combination of literary versatility and editorial skill.

Poe's first success as story-writer came just in time, for in March, 1834, Mr. Allan died intestate, thus cutting off Poe's last hopes of inheriting money. These hopes, however, must have been slender, for there is little doubt that he had made himself obnoxious to the Allans and their Richmond connection. In the summer he sent his tales, sixteen in number, to a Philadelphia publishing house, which, after keeping them for a long time, showed that it did not agree with the obiter dictum of the Saturday Visitor judges that the community would be gratified by the publication of the volume. Poe spent the rest of the year and the beginning of the next on new tales, including "The Unparalleled Ad venture of one Hans Phaal," and on his dramatic fragment, "Politian."

Kennedy diverted him from poetic tragedy, and recommended him to T. W. White, the printer-editor of the Southern Literary Messenger, just started in Richmond. White engaged him pro visionally as assistant, and for the first time in his life Poe had regular profitable occupation. Depending on that, he married his cousin, Virginia Clemm, a child of thirteen. He had lived with Mrs. Clemm for some time, and the alliance seems to have been a matter of economy, to make the poor house hold more easy to shift and re-establish.

Mrs. Clemm and Virginia were tender and loyal to him, and there is abundant proof of his devotion to them. This unhappy man, who has been so blackly drawn, certainly spent a great many days at home, working hard. To his mother-in-law he is more boyish, natural, and frank than to any other person. In their terms of endearment, " Mud-die " and " my Eddie," there is a human tone none too common amid the strange kinds of rhetoric which compose the story of Poe.

The license for the marriage was taken out in September, 1835, and there is evidence of an unrecorded marriage in Baltimore soon after. The reason for haste may be found in the opposition of Poe's cousin, Neilson, to Virginia's marrying so young. The recorded marriage took place in Richmond in May, 1836.